Four red flags that your family culture may be turning toxic 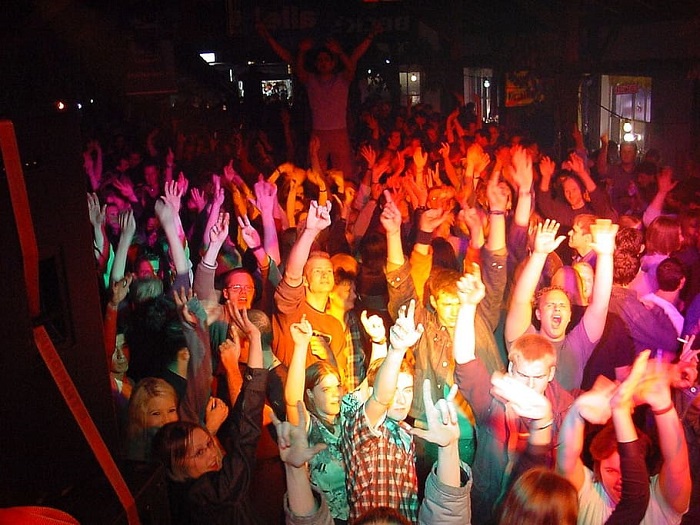 The other day I was talking to a friend whose daughter was struggling at school and barely passing the tests. She would skip tests, spend time with friends, ignore her parents advise and not seem bothered. My friend was busy travelling and his wife was also away from home most of the time for her social commitments. The family was rarely together and even in those few moments, they would end up arguing with each other. He tried to make amends taking the family out on vacation, dinners, take a day off but these were not really working. What could he do to reverse the situation?

When I suggested that these could be ‘family culture’ issues, he drew a blank and his response was ‘What does culture have to do with all that?’

Actually, Culture has everything to do with his problem. Every group has a culture, even a family of three people. Culture is simply the sum total of the underlying assumptions/beliefs, aspirations, emotions in that group and the different ways that they engage with each other. The conflicts, rituals, alignment, disagreement and so on.

The family’s culture would influence the behaviour of each member. Of course, the parents lead the formation of the culture, but once the children grow up they manifest the culture with their own approach to the beliefs and aspirations.

Without going further into the intricacies of family culture, let’s look at the four red flags which should alert us to strengthening our family culture before it starts impacting relationships.

a. There is little overlap among the beliefs of group members: Let’s say in a family the father and son have varying set of beliefs related to physical health, discipline, spending time with family, being independent. There are very few areas of alignment. The father likes to exercise, the son lazes around. The father is disciplined and relishes his independence, the son is highly indisciplined and is fine depending on his parents. What should be done here? The father may need to take the initiative, have a mature discussion and help the son see his point of view. Even if the son starts acknowledging them and aspiring to change, it is a great start towards a harmonious family culture.

b. Family members follow different daily patterns: The family members have their own lives and there is no activity done together. Nothing is done together, whether having meals, exercising, watching movies, having family discussions, going out for excursions etc. If activities are being forced on a family member, that is not effective. For example, the parents want their son to go along for a dinner, but the son is not interested at all. In such a case, it is a waste and would not help improve the culture. So what needs to be done? Find ways to be together, which everyone is enjoying. It may not be obvious but a good way is asking the least ‘powerful’ (youngest child) or most respected (grandmother/father) person in the group to decide how the family should spend their time together.

c. There is a continual conflict of emotions: The emotional ‘undercurrent’ in any family accurately reflects the culture dynamics. If the family is having some overlap of beliefs and aspirations, then they feel similar emotions when they are together. They tend to laugh and cry together. On the other hand, if they are not aligned on values and ‘what is important’, they would not share the same feelings. The same situation would elicit different emotions. When this starts happening repeatedly, there is a fall out in relationships. What should be done here? The family needs to come together and discuss each other’s feelings, specially during significant events which would surely have triggered emotions in everyone. The question “how are you feeling?” is something that should be asked often by family members to each other. This question would allow family members (specially children) to discuss and explain why they are feeling differently. Family members can empathise with each other and thus generate common feelings. I have known a family where I could sense that there is low empathy among family members, and they are carrying different emotions while discussing any situation. Due to this conflict, they would eventually get into an argument or fight and walk away.

d. There is disrespect for each other’s rituals: Rituals are a powerful part of the engagement process in any culture. The family comes together for praying in the morning. The father reads out the newspaper while having breakfast. The parents go out for an evening walk after dinner. Rituals give a structure to the engagement process and reinforce the value system (what is important, what is right). When the family members start disrespecting, mocking or breaking away from rituals, it could eventually lead to degraded relationships. As children grow up or relationships mature, it is natural to question such activities going on repeatedly, and suggest new ways to do them. But such conversations should be respectful of what was going on, and suggest something which is value adding.

In any family, the parents are the primary drivers of the culture. The children and other ‘weaker’ or ‘dependant’ members support that culture and like to manifest the same way of engaging with each other. But when there is inconsistency in the parents’ behaviour, the children get confused and start building their own paradigms, aspirations, emotions and rituals. This deepens when there is weak communication between the members, and few opportunities to clarify the confusion. So, what should parents do in a few simple steps?

a. Be consistent in your beliefs, aspirations and rituals. If you are taking up going to the gym every day, do it regularly for some time. If you give up, there should be a sensible reason for it. If you believe that healthy food is very important, bring healthy food home on a regular basis. Predictability is the key.

b. Do what you say. Parents who act differently from what they preach or talk about are confusing the others. If you talk about the virtues of hard work, you should be seen doing it. Further, you should be willing to help others move into that ‘mental space’.

c. Talk about it: Family members (children) can get confused when they see inconsistencies in our (parents) talking, doing and behaving. They are watching us, rationalising and deciding how they want to behave. If there is no open communication, the child will decide and move in a direction totally different from ours. So allowing family members to express thoughts, perspective, feelings and talk about them is a good start. They may influence the parents to change their frame of mind.

d. Sharing emotions: The family needs to have happy and sad moments together, where they have a sense of empathy. When we resonate with the same emotions, even if for a few moments, they allow the bonding which will further encourage communication and openness.

In the case of my friend in the example above, he would need to have an honest conversation with his daughter, without judgement and where he listened intently, allowing her to speak her mind. Once her teen mind could see him as a ‘friend’ who is empathising and seeing from her perspective, she might be able to engage and seek his help to resolve her fears and doubts. That would be the beginning of a better family culture.