Why do some social groups fail? 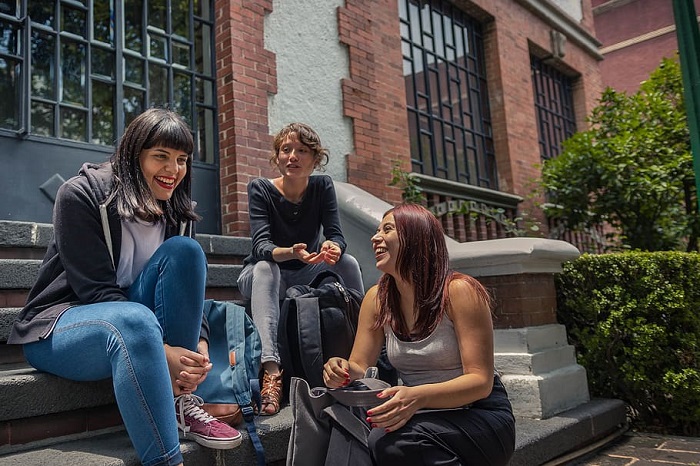 “All social interactions require some loss of freedom” – Erol Ozan

“We do not meet up any more!”…. One of my friends was talking about a group of acquaintances who had come together to start a music band. They worked through their busy schedules and started meeting up at a convenient place on weekends. Their families were supportive and they surely had a couple of hours everyday to practice and enjoy their passion. They were all bringing different talent to the group, complementing each other. Yet they could not survive beyond a few months.

It’s truly interesting to see how every social group gets formed with honest intentions, and the need to add value to each other. Some of them survive, thrive and even grow, adding more members. While some of them just wither away.

Of course, the reasons would be largely contextual, and unique to the group’s situation, people and the environment in which the group was incubated.

Yet, could there be some general rules, which could be applied to the success (or failure) of a social group?

But, before we move into more details, what is a social group? It would be a set of people who come together for a common purpose. I would exclude the primary family unit here, as that has very different dynamics. Thus, any secondary group, created by people to add value to themselves and/or others would be what we are describing as a ‘social group’ in this post.

Conflicting motives, goals, values: Many years back, I recollect forming a group with a few friends to serve the elderly people in our neighbourhood, providing them with support in terms of medical and financial advise and entertainment. There was lot of passion and drive, but we were conflicted in what was the right thing to do. We kept shifting priorities, till all energy fizzled out. Getting an alignment on ‘what is the group’s purpose’ is important. It may not be done in a formal way, but could surely be confirmed/aligned during casual dialogue/discussions.

Lack of leadership: Every group needs a leader, who brings in the passion, the extra hard work, sacrifice and focus. He is the ‘first among equals’ and many of the group members see him as a role model related to the ‘common values’ of the group. If no body is willing to take up this role, the group will eventually disintegrate. The profile of the leader may also change members (some might leave and other new ones would join), but that is fine as long as the leader is driving the group. The leader also has to demonstrate patience, motivate the members and bring a strong ‘sense of justice’. If he drives a strong ‘hierarchical’ process, he would disengage the members while a very loose structure will indiscipline and disrupt the group.

Absence of the “Motivator”: Another critical role is of the influencer. This person (or persons) supports the leader, shares the passion and keeps herding the group members together. He/she is a peer in the group (at the same level as others) but is more concerned about the survival of the group. The motivator is usually a group member who makes an ‘early connect’ with the values, norms, rituals, stories (Culture) of the group and has a higher commitment towards it. So he/she will make more effort to resolve conflicts, keep the atmosphere positive and derive happiness from the group dynamics. If this person is missing, the group may generate too many conflicts, a negative environment and eventually, fail to survive.

Cost to benefit: Each member usually evaluates the benefit from the group, as compared to the cost of engaging in it. Cost could be in terms of time, opportunity cost, money spent or even emotional investment. If the group members are emotionally involved with the values, norms, objective or other group members, then the benefit is much higher than the cost, and they would continue to stay in the group. But if the engagement is more transactional, the members would continue to check if the group is giving them enough to justify what they are ‘investing’ to stay in it.

Poorly established Cultural ‘structure’: Any group which is loosely formed, eventually brings in key aspects, which give a formal cultural structure to it. These include norms (accepted way of doing things), rituals (activities done together), Roles (how will each member contribute to the group), contracting (what is required by the group and what does it give you in return), stories (what is ‘good’ and what is ‘bad’ ) and finally a reward/punishment process (what will be rewarded and what will be punished and how it would be done). Once this structure is in place, the group becomes more cohesive. The members start aligning to and enjoying the group dynamics and eventually, may even get ‘addicted’ to the group culture. Thus would make the group distinctly stronger and sustain for longer durations.

Social group dynamics has multiple aspects and highly contextualised to the specific group, profile of members, environment etc. But if the group members are aware of the above broad aspects, they could work together to ensure that the group survives and thrives over a sustained period of time.

Previous How asking questions can build great conversations and relationships
Next During a ‘lockdown’​: Three activities to deepen family bonds