Managing ‘violent’ communication at the workplace.. 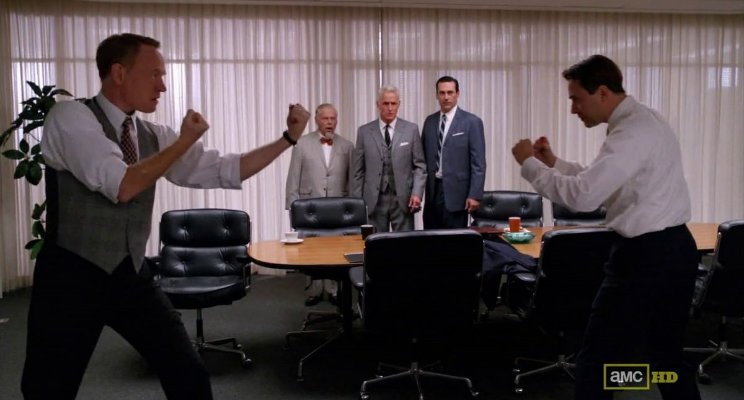 “Non Violence is the weapon of the strong” – Mahatma Gandhi

It was a scene from a respected multinational company….. two colleagues discussing a challenge and trying to reach a decision. One of them relatively inexperienced and new to the organization. The other one a long timer, more powerful in the hierarchy (probably not the Line manager) and senior.

The senior started off affably, explaining ‘tried and tested’ perspectives (internalized over many years) while the junior reverted with insightful questions, challenging his entrenched beliefs.

As the junior justifiably held his ground, somewhere along the way, the senior colleague subtly shifted to an emotionally negative state, and started responding with frowns, louder voice, sarcastic tone, stony silence and disparagingly shaking of the head.

A usual sight? So, what would be the impact on the new employee?

As per neuroscience, the impact on the junior would probably be:

This does not include long term impact on him, curtailing his curiosity in subsequent engagements, as he dogmatically accepts prevalent norms of behavior.

Could the behavior of the senior employee be termed as ‘violence’?

The known fact is that such interactions surely hurt/damage the organization, irrespective of the impact to the individual. This ranges from the short-term impact (loss of productivity) to long term damage (discouraging differing views or fresh perspective).

Of course, in today’s evolved workplace, such violence is inflicted subtly/stealthily via communication (or lack of it), yet the impact (emotionally) is sometimes as damaging as having punched someone in the nose.

Usually this kind of subtle ‘violence’ is initiated by leaders and then simulated by their team members, as an accepted (and encouraged) norm of behavior.

In the past, I have been amazed to witness amiable team members shifting unknowingly towards violent communication when a new leader demonstrated the same.

When we find ourselves unsuspecting ‘targets’ of such behavior, it would be very helpful for us (and eventually for the organization) to step aside from the attack, ignore it and respectfully focus on the topic of discussion.

A few things that could possibly be helpful are:

Be aware of the emotional ‘inflections’: Most of us would have had a conversation which left us disturbed/dissatisfied but we could not put a finger on what was wrong. This is usually due to subtle ‘violence’ inflicted on us (mostly un-knowingly by the other person). I remember a colleague who in the middle of a conversation, would suddenly shift to sarcasm, and then become normal before one could react to it. It would be akin to stealthily tapping someone from behind on the head and then pose innocently as if nothing happened. It’s useful to recognize these inflections in someone’s behavior which hurt us. Just being aware of can reduce the impact. Once we know that, we can either make them aware of this behavior or learn to ignore.

Don’t join the ‘game’: When faced with physical violence, the animal instinct is of ‘fight or flight’… When facing violent communication at the workplace, we may not perceive it coming at us, and yet unaware, we respond with ‘fight or flight’… thus either we find ourselves responding with equal measure of emotions (sarcasm, anger) or we stay quiet, simmering inside with frustration. Both cases would aggravate the issue. Many years back, we were a group of young colleagues who used to meet for lunch. As we would settle down for the meal, one of them (who was senior) would pick up on a group member and start making fun of him. In deference to his position, the others would keep quiet or laugh it away. Slowly, some of us started reacting and behaving in the same way. Over time, the lunch meetings became stressful, as we would be looking out to hit at each other, and eventually the group fell apart.

Confront the perpetrator or learn to ignore: Most of us are not aware when we inflict this violence on others. Many times, a candid and objective feedback is invaluable and ignites change in the perpetrator. If the behavior does not change, ignore it and respectfully focus on the purpose of the discussion. When ignored, such ‘violent communication’ gets minimized, as it does not get an appropriate reaction. If there is no change, excuse yourself and walk away from the discussion.

Non-violent communication is an immensely powerful leadership tool, though easier said than done!

Sometimes as Leaders, in specific situations or with certain people, we believe that forceful or violent communication is necessary to ‘motivate’ people. Whenever such feelings emerge, we could remember Mahatma Gandhi, who was one of the greatest leaders of the century and reached that position on the strength of non-violence and truth.

BusinessConsultingEconomyFactoryHealthIndustrialNewsPeopleSeminar
Previous Remembering the unsung ‘teachers’ in our lives…
Next Changing Behavior : What works?