The leadership skill of ‘Acceptance’ 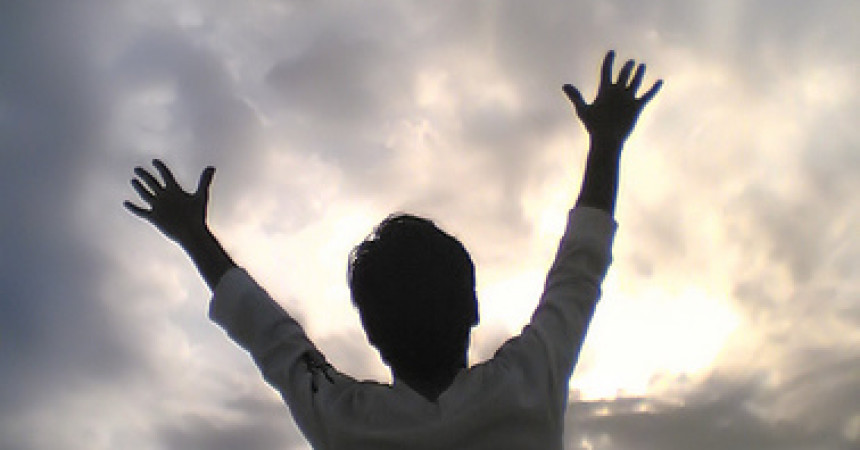 “First Accept the situation, then respond to it” – Eckhart Tolle

This post is inspired by two people I met in the past, who demonstrated a singular quality….

One of them was a peer who always exuded a calm exterior, relaxed in the midst of any crisis while responding to

his best ability. The second was a friend, full of enthusiasm and infectious energy, giving full attention to his planning and execution, while taking what was ‘coming at him’ with a hearty laugh. On the face of it, both were as different as chalk and cheese…but two things were common.

Firstly, a high ‘acceptance’ of what was happening to them in any situation. Secondly, a steadfast undercurrent of happiness and positivity.

I don’t remember either of them ever complaining, ‘going into a hole’ or blaming someone else. They surely would criticize what they felt was wrong, maybe an action or situation, but seemingly prompted by the urge to make things better.

Incidentally, one of them did very well in his career, while the other meandered through stable jobs. Supposedly, successful career growth is not a consistent outcome of this competency, but happiness and a deep sense of purpose surely are.

The opposite of Acceptance is Resistance, which is instinctive in all of us. When we see something potentially ‘harmful’, we resist it and act to resolve it. It could be a frown on the boss’s face or a hungry tiger facing us in the jungles. Resistance ‘protects’ us and accompanies a deep belief that Acceptance is the first step to failure or annihilation.

Is Acceptance about doing nothing? Depends on what we do after we accept the situation.

Someone I know was diagnosed with a fatal disease. When I met him a few weeks later, prepared to convey my condolences, I was pleasantly surprised to see a positive person. He was busy researching the subject, managing his diet and trying various medical options. He explained about the malady as though he was reciting a story, and was fully focused on curing himself. He had surely ‘accepted’ his situation.

What do most of us usually do? When a difficult situation comes up, we resist it by complaining, blaming others and getting into a negative thought loop. The resistance is perceived as an ‘action’ to resolve the problem. (We actually feel we are doing something about it by resisting it!). Eventually, the resistant mind state decides on further action to be taken. In fact, even when we are in a positive situation, we are busy resisting the fear that this situation will change in the future.

Let’s ask ourselves a question… what all are we resisting in this moment?

It’s amazing to see how the mind is busy ‘resisting’ various things simultaneously at any time. In this one moment, I could be resisting a sarcastic comment made by someone in the past, the humidity in the room, a difficult situation in the imagined future, the noise coming from the street, the cracked plate on which lunch has been served, the drab color of the curtains and so on. It’s almost as if we are addicted to the habit of resisting things all the time. As though it gives us a sense of progress.

Acceptance, on the other hand, seems to be an acquired skill. Through experience, some of us realize that to resist what is already happening to us is futile. It’s much more productive (and happier) to accept and then act on the situation. Those who earnestly apply the skill of ‘acceptance’ find much more happiness and a deeper sense of purpose in their actions.

Stephen Hawking is a well-known example of ‘acceptance’. He has a rare disease which does not allow him any movement at all. Though he can communicate only through his eyes, he has developed himself into a leading authority on astronomy and written several bestsellers. Instead of wasting time in resisting his state, he accepted it fully, and then moved on to doing what he liked.

I have seen people losing their jobs. Some of them remain longer in a state of resistance, complaining about the unjust situation and acting in a disparate manner. While some of them quickly accept the reality and plunge into action with full vigor.

This is as true in relationships. Many married people continue to resist the innate nature of their spouses for years, generating conflict and negative emotions. Some, who learn to move into a space of acceptance, find truly useful ways to either change or manage them.

The future of effective leadership will surely see ‘acceptance’ as a powerful skill required of leaders. The VUCA world and fast changing dynamics of business will not tolerate a ‘resistant’ mindset. As there is faster speed of change, leaders would have to demonstrate the powerful skill of ‘acceptance’ to help themselves and their teams take better decisions and act swiftly.

So how do we acquire the skill of ‘Acceptance’? Like any other skill, it requires practice and the first step is self-awareness. Resistance is a strong addiction and so deeply embedded that we are unaware of it. As we stop resisting inconsequential things (weather, noise on the street, an imagined situation etc) we can build the skill of accepting larger and more significant situations.

I was on a trip to Manali with my family and after more than 12 hours of driving, we were stuck in a long traffic jam on the hills. Obviously, all of us were venting our frustration, complaining about the unmanageable traffic and the poor infrastructure. Suddenly we saw a large herd of sheep wading through the traffic, oblivious to the vehicles, bleating loudly and squeezing between the cars. There was something comical about the scene and slowly all of us started laughing. We had accepted the situation for a few moments and happiness came back to reside with us.

BusinessConsultingSeminar
Previous The world of “Generation Z” children: Some Do’s and Don’ts’ for Parents…
Next Does Faith have a role in the corporate world?